Funky foam is nice and soft and squidgy and quite flexible. But cut it into thin shapes, and the laser makes it go quite brittle and hard. 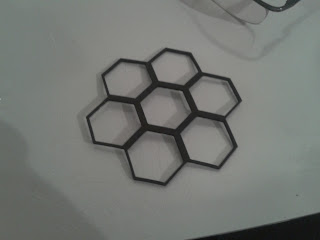 Plus it’s only soft when you push it in one spot. When I mounted a hex onto this foam and tried to depress the entire hex shape downwards, the funky foam proved to be quite resilient! So, as is often the case when prototyping new ideas, it’s back to the drawing board.

It’s also time to consider the electronics that go under the playing squares too – funky foam is just under 2mm thick. Whatever we use in its place also has to work with the electronic components (push button/led). In our first example, the components sat under the playing piece, which sat on top of the funky foam. By pressing the square down and squashing the funky foam, the push button underneath could be pressed 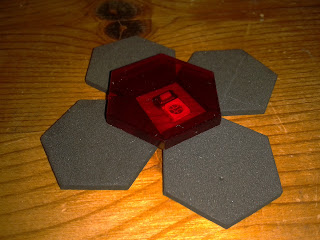 But in practice, pressing against the foam was actually quite hard work. So now we’re thinking of allowing the hex to be ever-so-slightly raised by the push button underneath, with a supporting “honeycomb” structure around each one. 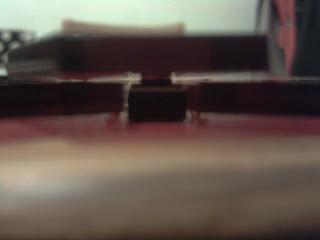 Resting a button between two pieces of 3mm acrylic and we can see that only the button part stands slightly proud. If we were to use 6x6x4 tactile push buttons, and mount our pushbuttons from the underside of the playing board, we’d have a raised area of about 1mm to activate each playing square. 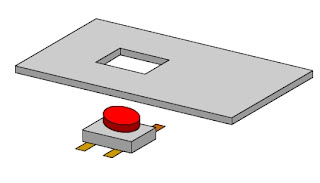 A hole is cut in the 3mm acrylic/mdf playing base and the pushbutton mounted from underneath (this also gives us the advantage of being able to solder to the underside of the board and hide all those nasty blobs of solder!) 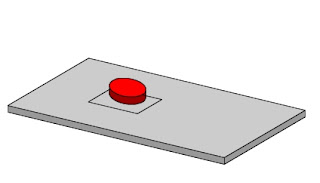 When pushed through, only the push-button part is raised. Over this, we place our hex cut-out shape 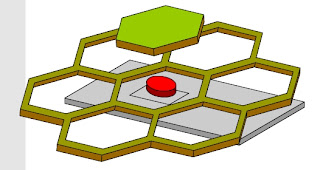 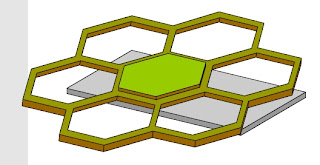 (Each playing square would also be engraved to allow the light from the LED underneath to shine through when lit but this has not been drawn here.)