The Ferric Chloride yesterday evening, so we got on with etching our multi-effect pedal board, made with the (much cheaper) press-n-peel alternative. The result was pretty impressive. In short, the cheaper alternative works as well as the real thing for us. Which is just as well, as we’ve invested in about 50 sheets of the stuff! 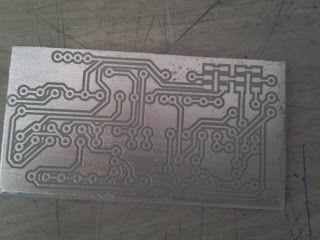 A bit of drilling and filling and a bit later, we had a populated board! 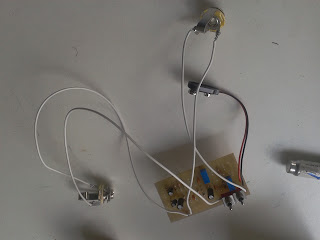 Of course, the eagle-eyed will spot that there are still components missing off this board. Can you believe we can’t find a 10K or 1K rated resistor in amongst all the junk in the nerd cupboard?! It’s not like we’re after some obscure rated component, just some common-or-garden, everyone-uses-them 10K resistors…. 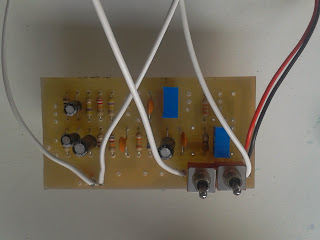 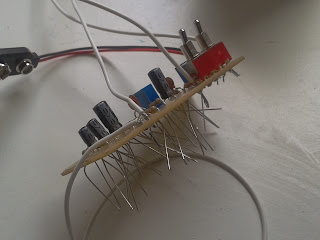 Still not quite ready for testing, but it’s looking quite promising so far….