Many years ago, back on the old Nerd Club blog, we were playing about with Nokia phone screens and invented a digital score-keeping device. Originally it was a petanque score-keeper then morphed into two or three other things!

While over at the nerd cupboard last night, we were showing how the laser cutter works to a couple of friends from the local petanque club. Keen to demonstrate everything from design and drawing, importing into Newly Draw (the software that drives our LS3020 laser machine from HPC) and cutting, we came up with a simple, one-hour project: a petanque score-keeping device 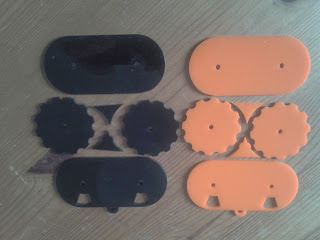 It’s basically two wheels spinning freely behind two cut-out windows. Each wheel still needs a sticker with the numbers 0 to 13 putting on it. We did think of engraving the numbers directly onto each wheel but they might not be easily readable when out on the terrain. 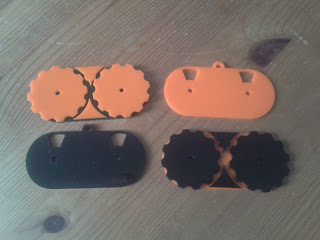 The wheels will be held in place by a couple of tiny M3 bolts. Since the whole assembly will be glued together, there’s no real need for a nut on the back (although reviewing the photos, that also means there was no need for us to cut a through-hole in the back of the device either!) 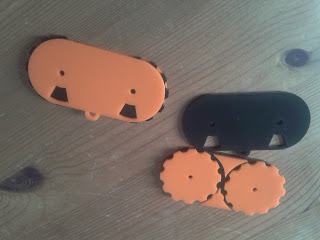 When made up, each device is about 8cm across and 3.5cm high. The perfect size for carrying around in your pocket, during a game of boules!

For anyone wanting to make one, here are the layout files: